Design – A single room extension with a paired external space opens to the back yard and greenery beyond.

The existing house is unusual amongst its neighbours in this inner city suburb, being a brick and tile bungalow. The project is a small extension to expand the living space.

The existing house is an introverted series of cellular spaces with small windows and doors. The rear garden is a green focus  outside the house.

The  design adds a modest single living space , paired with a similar sized terrace beside. A low pitched roof rises towards the rear , a directional emphasis towards the garden, greenery behind and sky above.

The structure is a grid of steel posts and beams, enabling maximum areas of glass, as a counterpoint to the introverted spaces of the existing house.

A suspended lower roof  awning over the terrace serves multiple purposes. It creates two view vistas, a lower part directly framing  the view to the rear garden, and a second higher one to more distant trees and sky beyond. The lower roof also defines the extent of the terrace without creating a barrier to the garden, and scales down the volume to a smaller domestic human scale. 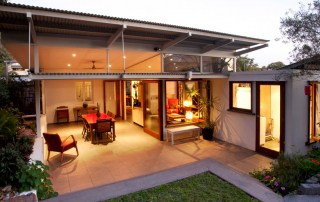 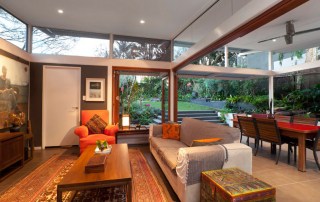 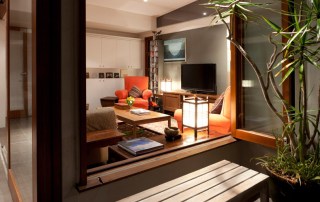 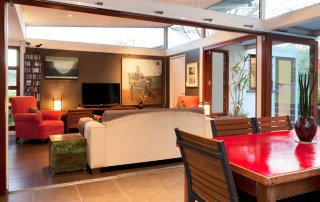 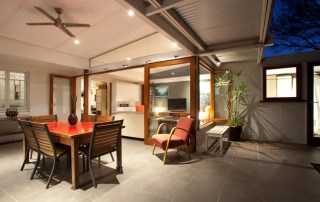 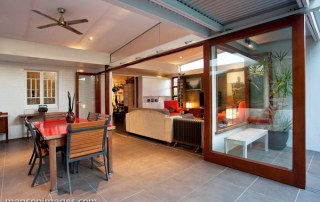 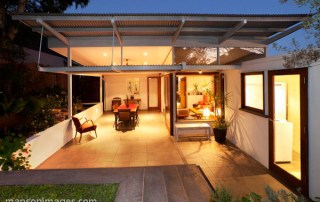 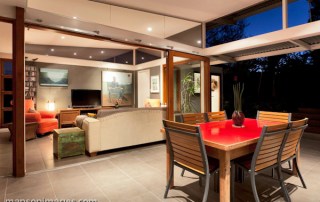