THE GAP – The Wall

Concept – A two storey central spine wall echoes the existing granite rock face and is the planning mechanism for the house.

Design – A large house set into a cut granite platform.

The site resembled a miniature quarry, having been excavated by a previous land owner.

In response to the already manipulated site, and the extreme contrast of close rock faces to one side and distant water views to the other, the design recreated the existing excavated granite face as a two storey central spine wall of the house.  Public spaces are organised on the east side of the spine, opening to the expansive views and city skyline, with service and private spaces to the west, opening to smaller scale courtyards and granite rock face.

The spine wall intersects with the existing granite rock face at the south end of the house. A water feature cut into the granite appears to flow under the house along the spine wall, emerging at the entry – a narrative of the specific site characteristic of the excavated granite rock face. 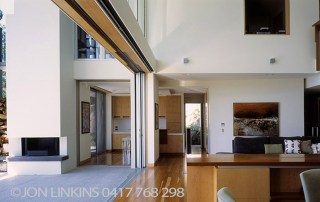 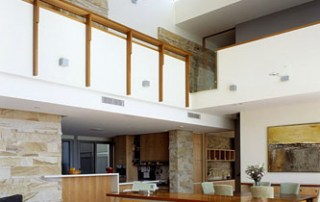 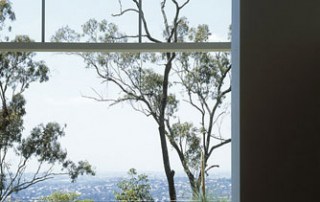 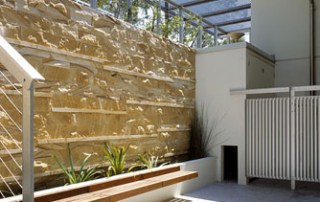 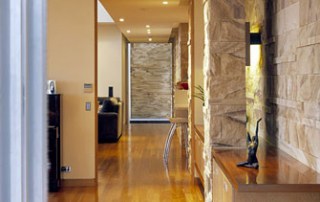